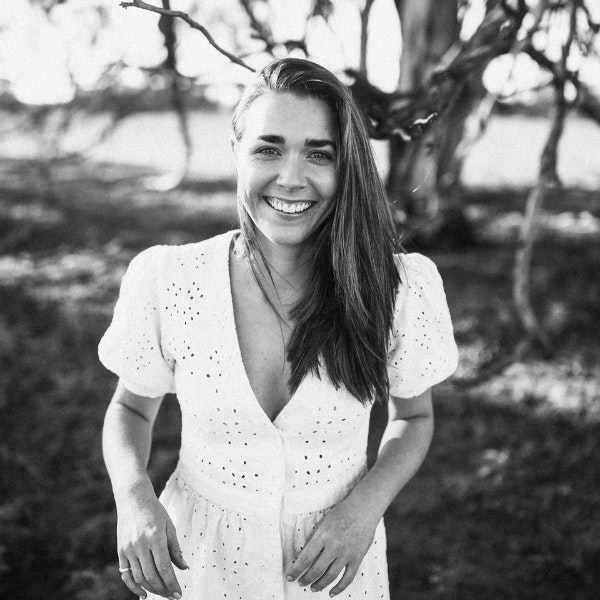 In 2020, Emily Burton was teaching at Kinross Wolaroi School in Orange NSW while making jewellery as her creative pastime. She now owns a thriving pearl jewellery business which has been featured in the likes of Vogue Australia, Graziher and Country Style. Emily works with freshwater and keshi pearls to create timeless pieces which continue to transcend generations of pearl admirers.

Since being featured on Buy From The Bush in 2019, Peggy & Twig has seen considerable growth of which Emily attributes to BFTB her early success. “The campaign leveraged my hobby into a business and continues open doors to other opportunities like Vogue Online Shopping Night”, Emily says.

She has invested back into her community of Trangie New South Wales by purchasing a former stock and station agent building and converting it into a workroom and store. Peggy & Twig will open in 2022 for one day each week to begin with, as the purposefully renovated space will be utilised predominantly as a design, making & dispatch space.

As Peggy & Twig grows, the most significant challenge is building a team in order to scale. “It’s not due to a smaller population compared to other regional centres – the women here are just busy! Most people in my community are either running their own businesses, raising young children, working other jobs, or all of the above.

Emily now has six employees helping with her business, some of whom are located in other parts of regional Australia. “The swift growth initiated from Buy From The Bush meant I needed to invest in upskilling with a business coach and a number of business short courses”, Emily says.

“My new lifestyle as a business owner based in rural New South Wales means I am working harder than ever, but it is also the most rewarding work I have done. BFTB has enriched many people’s lives and brought opportunities that only the momentum of the BFTB campaign during the drought could have offered.”