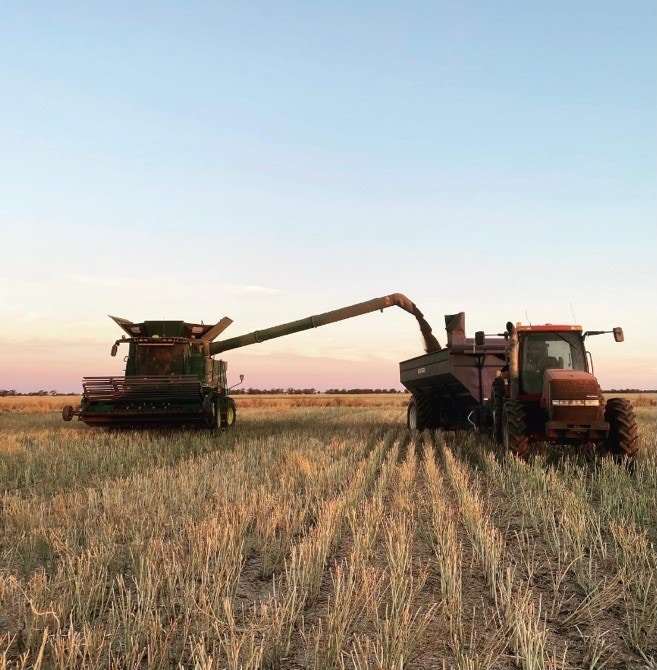 Harvest After Drought writes Skye Manson of Manson and Company.

I dial the number for Dunedoo farmer Nigel Roberts hoping he’ll have a harvest story to share and he’s bumping along in the paddock when he picks up. He grabs the phone from the ute cradle and via Zoom shows me what he was faced with, ‘We’re into it! Literally just started, that’s the header and that’s our Canola,” he beams. It’s palpable. The excitement. The hope. The sense of purpose. The fear. The gravity of it all drives teams of workers to spend - adrenaline fuelled - days and nights on headers and in trucks, there’s incredible team work, garbled conversations with wives and children delivering meals to be eaten in the paddocks for weeks on end and a constant eye (bordering on addiction) on the weather apps. It looks like its going to rain. For some it’s already happened, in storms that no man can predict. This kind of rain/hail/wind will wipe tens of thousands of dollars from value of your grain. After the promise of such a wonderful season, this scenario is completely devastating. “I was only saying to my wife last night that this time last year we were praying, or whatever we were doing, for rain and now were saying, ‘gee I wouldn’t mind the tap to turn off for a month.’ It’s certainly one extreme to the other but I guess that’s farming in Australia for you,” says Nige.

You can see why it’s such a mental game.

Times like this can be hugely disappointing for grain farmers who invest in their crops for a full year before any financial return can be realised. Writer, stylist and occasional model Grace Quast puts it well. She lives and farms at Crooble in northern New South Wales and they’ve been nervously harvesting too. “For grain farmers droughts don’t end at the first big rain. They don’t end when we send our spray contractors back to the paddock or when we order in seed for what we hope and pray is a bumper crop to get us through. Droughts don’t even remotely begin to end until the grain has been harvested,” she says.

This year especially, farmers are proud of what they’ve tended to. The achievement of growing a really great crop (well any sort of crop) is what was so sorely missing during the drought. “I don’t know it’s such a relief to remember what the seasons can be like and when I have my father standing there saying he thinks it’s some of the best crops in the area that he’s ever seen, that’s a reminder that this is a rarity,” says Nige Roberts. “We all said the Drought would break one day but I don’t think we ever thought that we’d go into a season like we’ve seen. But I don’t think we could have written the script to get us out of the hole any better so fingers crossed we can cap it off and take advantage of it all,” he says. For the most part 2020 has been a brilliant year. For some it’s one of the best ever, so others it’s been average but it’s something.

Katie Murray is from Walgett and owns local coffee hotspot Stonesthrow in the main street of town (also online at BFTB Marketplace) knows this well. She says this year most of the men in her town stood a foot taller. “All of a sudden they had something exciting and something positive to do and they we’re so busy, which was great. No one would take that away from them because they haven’t had it for so long.

“They’re heads are held high and they walk around a foot higher because they’re got something to do that actually brings in an income. And being able to talk about it with their mates, being able to discuss something more than the worries of the drought. It’s just been unreal,” she says through a few tears. The fortunes of this harvest illustrate so well why support for Buy From The Bush is not lost on any farming family no matter how good the season. There’s always upsets and a thriving bush business that’s both online and in the main street allows rural communities to ride out the unforeseen. Katie’s been wrapping Stonesthrow orders from her kitchen table of an evening with her Mum and Au Pair as most of her staff are on loan to busy farmers right now. “The launch of the marketplace has been so unreal. I guess I wasn’t sure how much people would engage with Buy From The Bush for a second time around but yeah it’s been amazing! I’m just waiting for harvest to finish to get the rest of my team back so I can get them wrapping orders again!”

Skye Manson, is a a farmer herself, a former ABC journalist and is the creator of Company a podcast that brings you engaging stories of inspirational women. 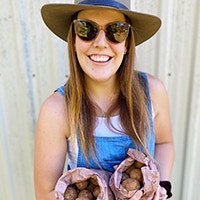 I Didn't See A Single Horse

City girl, Hannah Calcino, writes about having red dust in her veins and the challenge of finding love in the bush.... 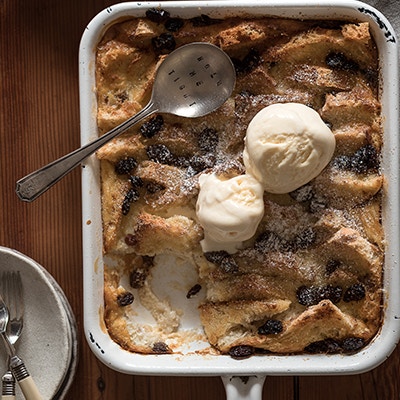 Sharing the love with our Mums' favourite recipes. From signature basil pesto to fool-proof butter cake... 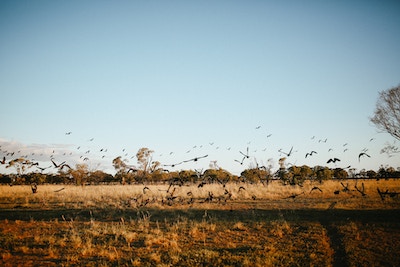 Regional publicist, Georgie Robertson has noticed a change in the air......